Freshness as a Strength

The most important thing that we consider when delivering tuna to our customer is;
FRESHNESS and QUALITY.
Our professional's experience and skill enable us to achieve the policy
and please keep hoping for our group to provide finest tuna
to our precious customers.

Since we started business in 1972, we keep dealing with tuna as professional artisans.
Following features of "good tuna" are based on professionals and customer's opinion so far. 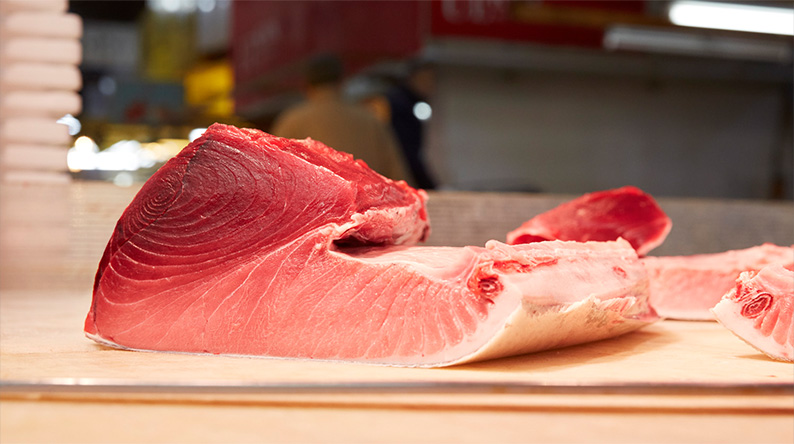 Each part of tuna (Otoro,Akami,Chutoro) is so-called stomach part, back part or tail part.
However tuna are all different from one another and some tuna has less fat called "Garimaguro",
which is thought as not so tasty one. So well balanced tuna is more valuable than unbalanced one.

Tuna will freezed immediately after they catched and delivered to customers soon.
However it is difficult to keep 100 percent of the quality of tuna
because when it get freezed, the texture of tuna would somehow damaged.
Thus it is said that the best quality to distribute is in raw. 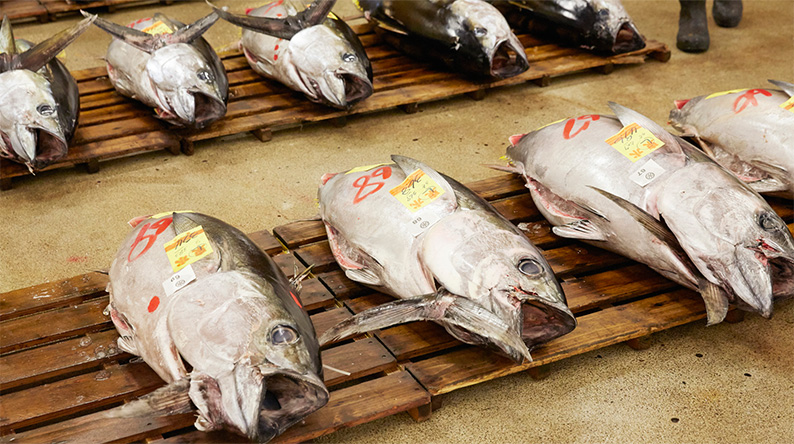 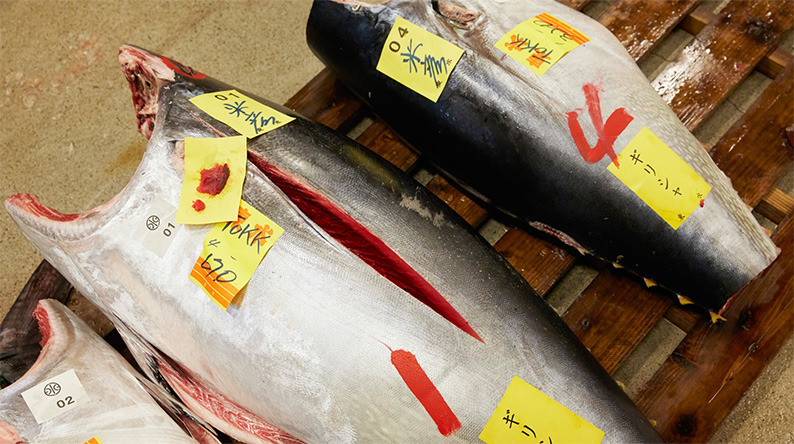 The best season of Bachimaguro is from September to the beggining of October.
It called"Fresh Bachi of east open sea". This has much enough fat and the redness is quite stable.
However the taste is lighter compared to the others.
Akami of India tuna is thicker and contain more umami.
The most important thing for tuna taste is its sourness. So Honmaguro might just be the best one of the three. 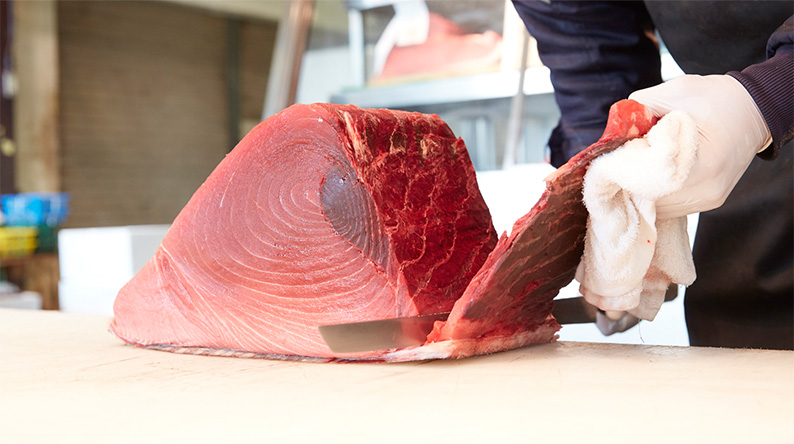 Honmaguro swims in both sea; Pacific Ocean and Atlantic Ocean.
Each of them spawn around the sea nearby equator and come up North. Finally, when they reach to the cold ocean would be the best season of tuna.
Tuna comes from Pacific Ocean would reach aroundTsugaru Channel; when tuna comes from Atlantic Ocean reach around Boston/Canada open sea.
When you compare the two, the difference is visible.
Therefore we can guess that tuna come from Pacific Ocean have better environment compared to another. 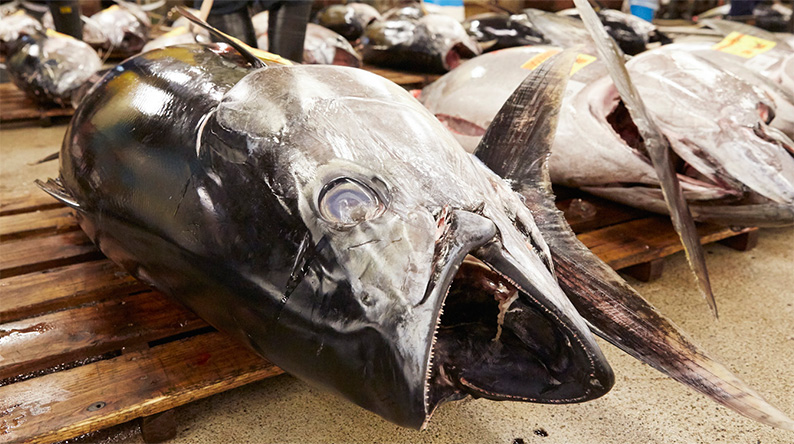 Although tuna catched at Tsugaru Channnel, the taste possibly change according to how tuna artisans deal with it.
The best way is; remove blood as soon as possible and soak into the ice water immediately.
However it's not easy because of various reasons such as taking time to remove blood because tuna moves around.
The thing is the quality of tuna depends on the conditions like weather condition or the way they catch tuna.

There were 6 features I had mentioned though as I had tould you in the beggining,
tuna are all different one another.
Therefore we artisans need to see, touch and consider how we should deal with each tuna.
All of those skills are grown up through our long experience so finally we can
decide just by our sense.
The sense could get into artisans by hearing to customer's request and keep dealing with
variety kinds of tuna.
There are difficulties to become a professional of tuna artisan,
on the other hand we always feel strongly the source of nature's power from tuna.